The automation lessons of a former US government CFO 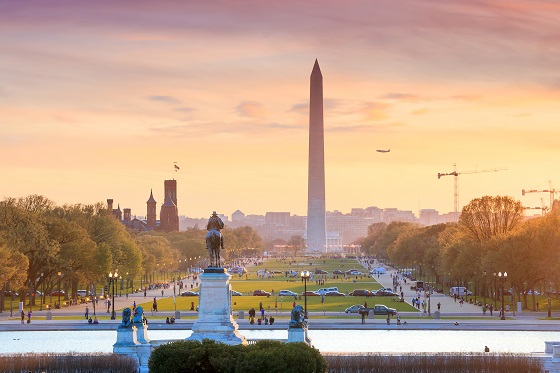 How do you accelerate RPA in the US federal government, an entity with over two million civilian employees across more than one hundred agencies? Gerard Badorrek has tackled this challenge as the CFO of a US Government Agency.

As an agency CFO, Gerard Badorrek was responsible for the financial management of a nationwide organization and a CFO office with over 500 employees. With an agency budget of $30 billion there were numerous financial and business processes. He saw the opportunity for more efficiency using RPA, so his team took the lead in this digital transformation across the agency.

Rocking Robots discussed the approach that Badorrek took in delivering automation.  As a former executive with technology and business outsourcing companies, he called on his private sector experience to innovate and implement technology in the US federal government.  Here are some of the key elements of his strategy:

He decided to create a sense of urgency in his organization by setting an ambitious goal of launching an automation in production in one hundred days. “It really started with setting an aggressive goal. Our team at the time knew nothing about how to do this nor did they have any knowledge of the technology. The goal forced us to quickly learn RPA and how to implement. Other agencies and consultants helped us understand what we could do. We educated each office director in the CFO office on the capabilities and benefits of RPA, and each department put forth potential use cases for implementation. We had about a dozen that we looked at, and we picked two or three to start with.”

Develop internal expertise and ownership among your existing technical employee base

“One of the immediate decisions is who will do development – do you build internal expertise or rely on outside experts. I was thinking about the long term and wanted to build internal capacity, so we asked for volunteers from our base of over 500 CFO employees to learn RPA programming. From fifty employees that volunteered, we selected twelve, and they went through a few weeks of training. These employees started developing automations on a part time basis, just to get us started. We completed the first automation in 120 days, and even though that was longer than our goal, it was a huge success, given that we had no expertise or structure when we started. And more importantly, we had created enthusiasm and developed capabilities that would lead to many more automations”

Win over employees by making their jobs more impactful

“When you start RPA, some may raise concerns about the effect of robots and the elimination of jobs.  The key is that RPA is not about automating 100% of anyone’s job, just offloading some of the more menial tasks involved in meeting responsibilities, and allowing them to get to work that they enjoyed more. We had no concerns about job elimination, instead. by the time we got going on this, employees were proposing ideas that they had for new automations.

Build a Partnership with IT and Commitment by Business Owners

“One of the key initial requirements is working closely with the IT organization. They need to understand the software, the platform and how it will be managed. Building automations does not have to be an IT project nor managed as such. Automations need to be embraced and owned by business owners, however the IT organization needs to be part of the program and is integral to its success. As CFO, I was sure to emphasize that this was about generating capacity and was not about reducing budgets.  That resonated with business owners, as many felt like there was more good work that they could do, they simply did not have enough resources.”

Take a sales and marketing approach to introducing the technology

It’s much like a startup company launching their product, you need to market the technology and its capabilities to get the commitment from business owners to “buy” the product.  That can be done by the internal team developing RPA at your company.  Once you have interest, you identify specific solutions, much like a business development team.

Select appropriate use cases for your first automations

“Another key piece was understanding the nature of the work that was good for automation, because we really wanted to have an impact that could benefit us. So you have to pick a simple automation, not something super complicated. Because if you select a simple process, you understand what it’s about, and you’ll see it from start to finish. Then you’ll start to create excitement in the organization about the capabilities, because you have a successful example in place quickly”.

Make process re-engineering and standardization part of your solution set

“From an RPA standpoint, the work starts at assessing the process, standardizing and documenting it. So there’s some process optimization that happens before you automate, and you need to document the process steps. And then the opportunity is handed to the developers, which I like to call the factory and, they do the development, build the automation. You have the user involved in the testing, the IT organization signs off as well, and then you launch the product.

Once you have closed the deal with business owners, you need to deliver the solution in a timely and accurate manner.   You need the capacity to build the solutions and just as importantly, you need the capability to work with your customer (business owner) on documenting and streamlining the process. It is best to have employees that are skilled in more than just development, as a key is creating the pipeline of opportunities and the workload to keep the automation factory busy.  As you build more automations into production and scale, you will realize maintenance will need resources as well.

“Anyone can deliver one automation. One of the areas that we’ve been able to emphasize with the federal government is quantifying the overall impact by measuring the results, and looking for automations that will have a greater impact. While hours of additional capacity is not the only metric, it is one that is quantified and measurable.  Setting goals for the number of automations completed each month and year and hearing the excitement from business owners when you have solved a problem or enabled them to be more productive creates more enthusiasm which then creates more opportunities.

One of his notable successes during his tenure in the federal government was a leadership role in the government-wide goal to shift from low to high value work and building collaboration and knowledge sharing in a government-wide community of practice.  The US federal government has agencies at different points at introducing new technology. So Badorrek thinks it is important that agencies can learn from each other. “The ones that are more advanced will teach those that are starting.” So he initiated a ‘community of practice,’ an effort to combine all available information and knowledge. For example, one of the tools this community produced is a use case inventory by function. This community of practice today has over 1.300 members.

He concludes: “start RPA with a small investment, enough to understand what it can do for you. and how to get results quickly. how to make this work within your organization? This is not about cutting budgets but is about creating additional capacity and improving productivity – you’re delivering more out of your resource dollar. In the end its digital transformation with immediate results”

More about Gerard Badorrek – He spent 7 years in the US federal government leaving in January of 2022, his team built over 100 automations that added almost 400000 hours of capacity annually.  He created and sponsored the federal RPA community of practice created playbooks, use case inventories and state of federal RPA reports and over a two-year period sponsored 40 webinars attended by over 9000 government attendees

For his work in transformation and innovation of the CFO office and leadership across the government, he received the prestigious Presidential Rank Award for Meritorious Service.  In addition to his 7 years in public service he has over 20 years of experience in the private sector in business management and financial roles including senior positions at MCI Communications (now part of Verizon) and Xerox Services.  He holds a BS in Engineering from Cornell University and an MBA from Stanford University.

Follow this link to the article as it was published…